That’s 5 team and individual accolades in a year that most players can only dream of achieving.

But in April of 2020, he surprised the world by announcing his retirement from Overwatch, and that he will join the Sentinels to play Valorant.

We were fortunate enough to have a chance to sit down with Sinatraa before he retired. He shared what kind of gear he likes to use and why, as well as his NVIDIA and Overwatch settings.

Let’s dive into his gear and settings.

Sinatraa likes wireless mice because he doesn’t like the tugging feeling of wired mice. He also likes how light it is, and its 1ms response time as well as the Hero sensor.

When he plays Overwatch, he uses palm grip for Soldier:76, claw grip for Mccree/Widow, a mix of claw & palm grip for Doomfist, and fingertip grip for Tracer.

He doesn’t really care about the shape of the mice, whether it’s ambidextrous or ergonomic, as long as it’s comfortable for him.

He takes out the battery cover at the bottom of the G Pro Wireless to make the mouse as light as possible.

His keyboard of choice is Corsair K63, because he likes its Cherry MX Red switch.

The reason he uses tenkeyless keyboards is because it’s easier for him to have more desk space in LAN tournaments and matches.

He uses a hardpad because he has “ADHD and I like to just move around”. Cloth pad feels muddy for him sometimes, and hard pad allows him to react fast and smooth at any given time.

Sinatraa puts the Logitech G640 under the Corsair MM400. He doesn’t like to put his arm on the desk because it gets sticky, so he uses the G640 as a pad for his arm.

Currently, he doesn’t have to focus too much on aim. However when he does need to focus on aim, such as when he was playing Zarya, he played on Logitech G640.

This is the headset he uses for Overwatch League matches. They’re created for high-noise environments, so players can’t hear anything during the match, unless the crowd is “really, really loud”.

Sinatraa uses Sennheiser GSP 600 at home because it’s similar to David Clark H-USB, but it doesn’t have as much noise cancelling.

It also has high quality microphone and headphones.

Sinatraa uses this monitor for both at home and on Overwatch League stage.

It has 240Hz refresh rate, which is the highest refresh rate available as of now. He recommended everyone who’s currently using a 60Hz monitor to upgrade to at least 144Hz.

He also recommends using around 24.5″ as the monitor size, because it’s not too small and you can still see the whole monitor when you’re playing.

Sinatraa keeps the lighting options as the default.

He uses 800 DPI. And he keeps only one DPI option available in his mouse because he doesn’t want to accidentally change DPI in middle of a game.

Sinatraa recommends turning off the Visor lighting effect and use Static Color, because Visor effect bothers him.

You always want to use Full Screen to get the most frame rate.

He uses 200Hz even though 240Hz is available, because even very powerful computers can’t maintain 240Hz during a team fight. He wants to always feel a constant refresh rate.

He turns off Vsync and triple buffering. He turns on Reduce Buffering because he thinks it makes the input lag a little less.

He keeps Display Performance Stats On to watch his FPS.

For Limit FPS, he uses Custom at 300 Frame Rate Cap.

His graphic settings are 75% rendering, and everything else off or as low as possible.

He usually has his Windows volume at 100, so he uses around 70 for Overwatch Master Volume and Sounds Effects Volume.

He turns music off because it’s annoying during the game.

He recommends keeping off the Dolby Atmos For Headphones option, unless you’re really into surround sound.

Allied Health Bars needs to be On for all heroes, so you can know the HP of your teammates to decide if you should engage or disengage.

His default sensitivity is 9.

For all heroes except Doomfist, Sinatraa uses a purple dot:

This is the crosshair for Doomfist, a red Crosshairs type.

All his keybindings are default, except Communication Menu. He unbinded it because he kept spamming Hello and gave away his position to the enemy team.

He also always turns G-Sync off for every computer he uses.

The only thing he changes in 3D settings is Power management mode, which he changes to Prefer maximum performance. This allows your computer to always use full power, instead of trying to save power.

Who else do you guys want us to interview? Let us know in the comment section below and we will try our best to make it happen! 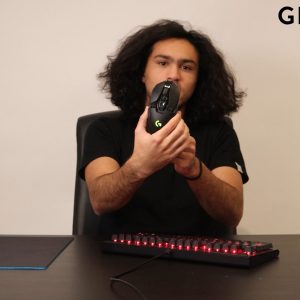 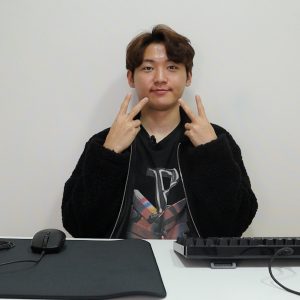 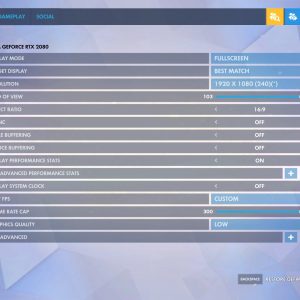 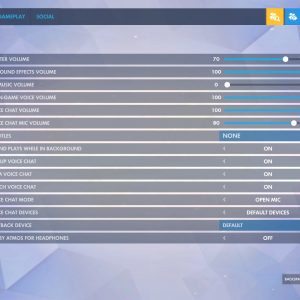